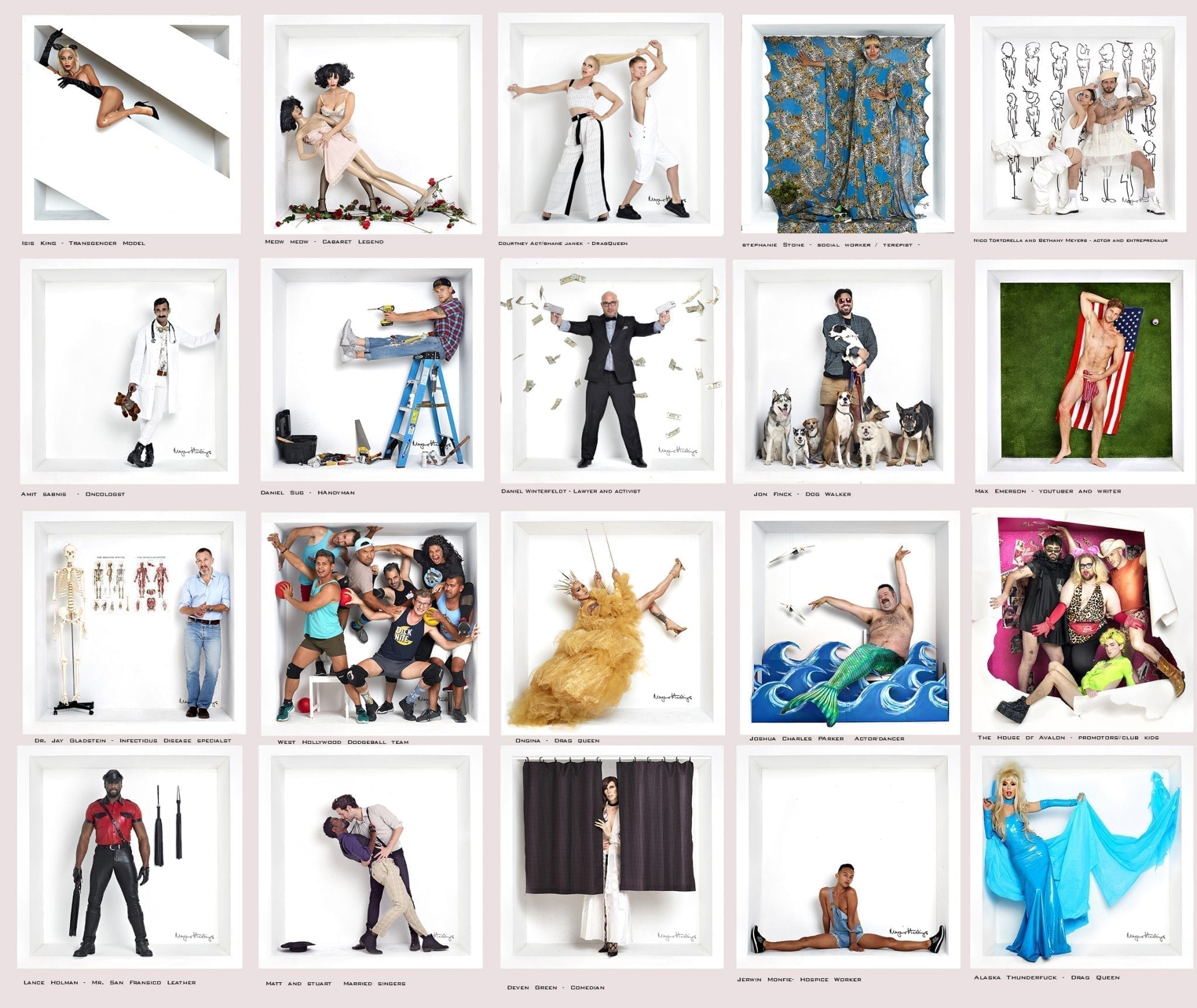 Seventa Makeup Academy welcomes Celebrity Photographer Magnus Hastings who has arrived in London to shoot some fabulous Brits to add to his latest project #Gayface.

In May 2018 Magnus Hastings launched his art project #Gayface, photographing 150 LGBTQ+ people in a 6.6 x 6.5 x 2.5 white box. Each subject decorated the box as they wished. Magnus wanted to create interesting, entertaining images that represent the incredible diversity of the LGBTQ+ community, especially during this time when the community’s rights are being challenged.

Magnus Hastings has set up his white box at Seventa Makeup Academy in Soho, London.

Award Winning Seventa Makeup Academy’s recent relocation to Soho, a colourful and culturally diverse area of London and a hotspot for those who want to experience the liveliness of London and its entertainment scene, meant it was the perfect choice for Magnus to set up his white box.

On May 4th, 2018 Magnus Hastings created both an instant online gallery and physical show where 150 participants dropped their images at exactly the same time causing an online sensation and the #Gayface hashtag to trend on Twitter, followed by a packed gallery show in Hollywood that same evening.

Since then Magnus Hastings has been constantly adding to his collection, building his box around the USA and scouting new subjects to build the online gallery and working to expand the project’s scope in preparation for a book version carrying the title ‘#Gayface – the Rainbow Evolution’.

Magnus says that his goal for the book is to create an onslaught of colourful and creative images of equally colourful and creative LGBTQ+ people. Always with a sense of humour and imagination. A visual story of diversity and pride that shouts: we are here, united and not going anywhere! He wants readers to discover people they’ve never seen before and people who may look just like them; everyone from Doctors and Lawyers to Transgender Activists and famous faces, along with several essays on the subject of gender and sexuality in 2019.

The UK was an obvious choice destination for Magnus Hastings to continuing scouting new subjects, being British himself and growing up and working extensively in London before relocating to Hollywood, LA, California.

This Summer an exhibition is planned for London during the LGBTQ+ Pride month.; and Magnus has committed to donating a large portion of all UK print sales to the Albert Kennedy Trust.

Take a look at Magnus Hastings and his work at his website magnushastings.com or Instagram @magnushastings and you will see why we are so excited and can’t wait to see the results.